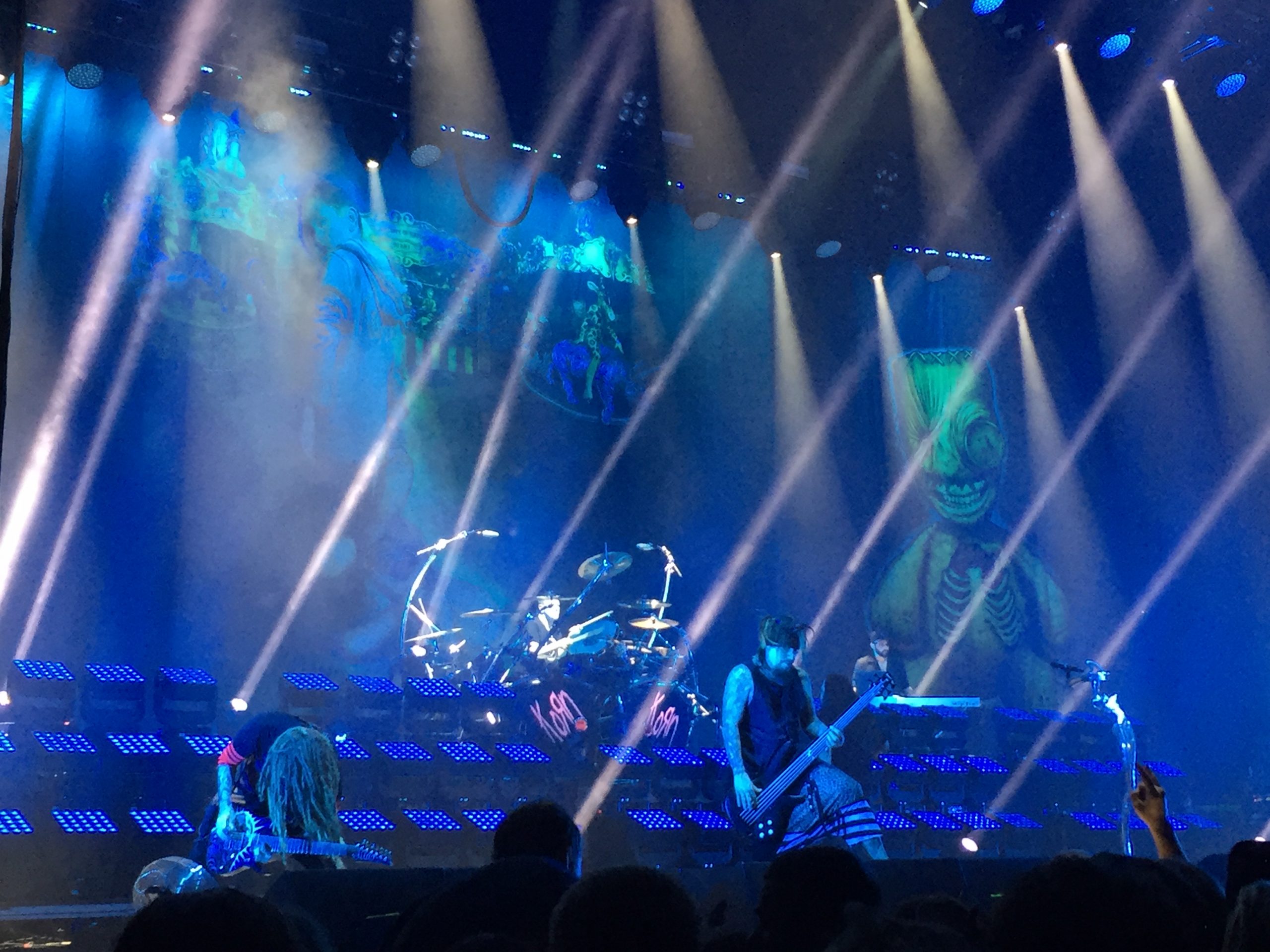 Before I yadder on about the gig, I do teach people to learn Korn Guitar styles and songs at my studio. Read on to the bottom for the most important thing you need to know!

Out of all the bigger venues, this has to be one of my favourites around the country. Easy parking, great local food and a hall that’s not massive so you do get to see the band without the aid of binoculars or a TV Screen. Arriving late I caught only the last 2 numbers of the support act Madball which was a bit of a mistake in hindsight. They are certainly worthy of further inspection.

Co-Headliners Limp Bizkit were on for about 80 mins and went through a whole range of hits including Rollin’, Hot Dog and Take a look around. Their music lends itself to this sort of hall and they really did get the arena rocking with their powerful rap infused metal. Limp Bizkit were not on my must see list but I am glad I did. As a result I’d give them 5 stars.

Most of all, I was really there for Korn. At Download they had been very impressive so I was keen to hear them again but from a bit closer than at Download. I was able to get pretty close, and as the soundcheck was going on I could feel that kick drum pound right through my body.

Straight in with “Right now” which set the scene for an evening of crushing riffs and catchy hook lines. Furthermore Drummer Ray was knocking nine bags of Sh** out of his drum kit with Fieldy keeping the songs moving with his iconic bass playing.

Both Head and Munky were also on top form and Jonathan’s singing was at it’s usual great level. We even had some bagpipes!

Like Limp Bizkit, this is stadium rock at its best and I was knocked out by them. I will see them again

Korn on top form are something to behold and that night they were on great form and the set included Here to Stay, Rotting in Vain, Word up, Coming Undone and Falling away from me. The full setlist can is found here

Here’s a few photos from the gig. Were they better than at Download? Probably yes!

Finally, If you want to learn Korn guitar styles then get in touch with me via the contact page but first………………..

MAKE SURE YOU HAVE A SEVEN STRING GUITAR!!!!