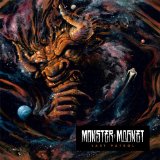 Yes I still listen to full albums, not just singles or snippets. These days there’s quite often a lot of filler on CD’s with just a couple of great tracks on them. Here’s my best ones of the year. I’ve included links to Amazon but of course there’s other places to buy them

I’ve chosen my 5 favourites of the year and it’s not really in any particular order but they cover rock, blues, prog music.

First up is Steven Wilson’s (Porcupine Tree) The Raven the refused to sing. A solo album from the Main man and leading light in Porcupine Tree. It gets five stars from reviews on Amazon and no surprise well. Great musicianship, great songs and production make this the Prog Music Album of the year.

Next up is The Temperance Movement’s debut album. Full of songs that remind you of Southern rock bands such as THe Black Crowes. There’s not one dud on this, great rock/blues tunes with great soulful vocals from Phil Campbell. Despite what you may think, the band come from the UK, not US of A

My next choice is a bit retro and is the re-release of 2 old ones from Eric Clapton in the package called Give me strength. This package is a 3LP set that brings together the 1974/1975 trilogy of Eric Clapton albums 461 Ocean Boulevard, which featured his first No. 1 hit single “I Shot The Sheriff,” plus 15 bonus tracks including session out-takes & previously unreleased versions!

Hailed as the next big thing in rock and Blues, Gary Clarke Jr.’s Blak and Blu is a real treat offering up some great songs

and astounding guitaring. Stand out tracks are Bright lights and when my train Pulls in.

And now to my favourite one of the year. A Heavy dose of riffing sludge from Monster Magnet. Last Patrol is Dave Wyndorf and his New Jersey band’s latest piece of work. It’s back to Monster Magnet basics with long and strong powerful riff based full-on psychedelic space-rock. There’s even a cover of Donovan’s Three Kinfishers that gives an entirely new take on the song.

Stand out tracks are many, but the title track Last Patrol is Monster Magnet at their best.